Hernia Mesh is a medical device that is implanted within the body by a surgeon and that is designed to patch or repair an area of the body where fatty tissue, an internal organ or intestine has bulged through a hole or weakness in the surrounding muscle or connective tissue. It is a man-made prosthetic and is placed in a sensitive and infection-prone area of the body, the abdomen.

Many hernia meshes are made of polypropylene, a polymer also used in automotive parts, packaging, tapes, and food containers. The material should not be used in the human body.

Hernia mesh devices first became widely used by the late 1980s and accounted for roughly 90 percent of all hernia procedures performed today.  In an effort to be more competitive in sales of hernia mesh, some companies released “new and improved” products that might not have been fully tested over a long enough period of time. Such devices were often “fast-tracked” through the FDA via a process known as Premarket Notification 510 (k), which allows for a less stringent trial period on the promise that more in-depth testing will follow.

Multiple studies have shown the mesh to be defective and unsafe. Many patients that received the mesh have either had hernia recurrence or further complications, including additional surgery. Some other warning signs of hernia mesh failure include:

I HAD HERNIA SURGERY AND HAD TO HAVE A REVISION SURGERY. WHAT SHOULD I DO?

If you or someone you know has had hernia surgery and had to have a revision surgery, contact us at 205-631-4019. We can provide you with a free initial consultation and see if you qualify for financial compensation. 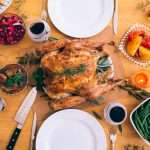