High cholesterol has become one of most common health risks in recent years. As we get older, it is nearly guaranteed that each of us or ones we know will be diagnosed with the condition and prescribed medication to treat it. One of the most popularly used and advertised cholesterol medication is the cholesterol-reducing statin, Lipitor, which, recent studies found, may be linked with type-2 diabetes in women.

A study conducted by the University of Massachusetts found that certain statin medications such as Lipitor caused an increased risk of diabetes by up to 50%. From that, in 2012, the FDA released this warning to the public and ordered Lipitor owner Pfizer to print the warnings on their labels. However, since the drug had been out since 1996, this warning did little good for the large portion of the population who were already taking it. Lipitor is one of the highest selling prescription drugs in history, with a reach affecting millions. Those who have been taking Lipitor for years along with those who no longer take the drug may be suffering from type-2 diabetes now because of the drug.

Type-2 diabetes is a serious condition that stays with sufferers indefinitely and force several changes to lifestyle including diet, exercise, line of work, and others. Type-2 diabetes can often lead to hospitalization, more medication, and even potential surgery and death. So, if you or a loved one has been diagnosed with type-2 diabetes while or after taking Lipitor, please consult a lawyer today. 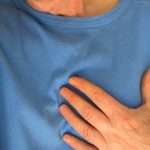 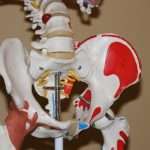