Cellphone Use on Alabama Roadways

Communication has come a long way thanks to the cellphone. People everywhere can be in constant contact with nearly anyone at any time. Sometimes, it seems most convenient to keep in touch while commuting on Alabama roadways. It can be tempting to let a friend or business partner know that you are on your way or how much longer you’ll be. Unfortunately, it is widely known that using your smart phone while driving is distracting. Because of this, the state of Alabama has banned many uses of cellphones while driving.

Since 2012, drivers in Alabama are prohibited from texting while behind the wheel. This is considered a primary law. That means law enforcement officers can pull a car over just from noticing a driver is texting. The penalty for such is initially $25 and increases by an additional $25 for each offense. Two points are also penalized against the driver. This law applies to all drivers regardless of age, vehicle, or whether the driver is private or commercial.

There is another regulation in regard to phone use. Drivers classified as novice are prohibited from using cellphones for any reason. This includes handheld and hands-free calling. Novice drivers are between ages of 16 and 17 with a license for less than 6 months.

Despite the regulations, car accidents still occur because of smart phone use. In fact, a shocking number of wrecks occur. The National Safety Council reported that over 1 in 4 car accidents in the United States were caused by cellphone use in 2013. This is after most states passed regulations against cellphone use. This epidemic has caused hardship and tragedy in many lives. If you or someone you love has been victim to distracted drivers, please contact a lawyer for the help you need. 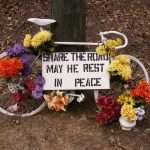 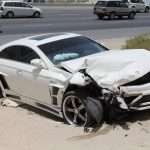 What To Do About WhiplashAutomobile Accident, Car Accident, General, Personal Injury