In the most important parts of our lives, such as buying a house, forging business relationships, and even getting married, we use contracts as a way to protect ourselves from dishonesty. Unfortunately, contracts can not only come with confusing wording, but sometimes, the opposing party tries to legally drop out of their end of the deal.

There are plenty of tricks parties can use to try and get out of a contract, including the following claims.

Incapacity – They can claim the agreement was made by someone who was legally not eligible to sign a contract, such as persons under 19-years or under the influence of drugs or alcohol.

Duress – This claim states the party was under pressure or threat to sign the document.

Act of God – The party may blame unavoidable and unpredictable circumstances, such as a sudden and severe storm, that made fulfilling the contract impossible.

You Breached First – This claim accuses you of violating terms of the contract first, thereby voiding the other party’s involvement.

The Issue isn’t Actually Covered in the Contract – Which is one reason why many contracts span dozens of pages with complicated wording. If an issue isn’t fully covered in the contract, a party could attempt to violate the original spirit of the agreement without breaking the letter of the document.

Because of these and so much more, it is always crucial to seek professional help with creating, reviewing, enforcing, or even fighting a contract. Law professionals are available with vast training and experience in contract law, and will stand with you to make sure your rights are covered. 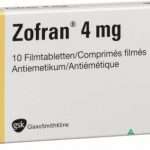