Riding a motorcycle may be fun and exciting, but it doesn’t come without risks. For example, motorcycles are two-wheeled, which makes them less stable and more susceptible to poor road conditions. While a four-wheeled vehicle can maintain stability with ease on uneven road surfaces, potholes and debris on the road can easily cause the motorcyclist to lose control and crash.

If you’re on the fence about riding a motorcycle, here are 4 things you need to know about motorcycle accidents.

1. Most Motorcycle Accidents Have Little to Do With Speed

People tend to blame motorcycle crashes and collisions on the riders, largely due to how motorcyclists are portrayed in films and TV shows, while in fact, the bulk of accidents are often caused by other road users not seeing them. Their small size makes them less visible to other motorists.

Motorcyclists usually get hit when drivers change lanes or make a turn without first checking their blind spots. To minimize the occurrence of accidents, motorcyclists should spend less time on vehicles’ blind spots and install reflectors on their motorbikes to enhance their visibility.

2. Most Motorcycle Accidents Happen at Intersections

In most cases, motorists at intersections don’t see motorbike riders until it’s too late, or if they do, they usually don’t have enough time to re-maneuver and avoid the collision.

To minimize collisions, motorcyclists are advised to slow down when approaching intersections to make it easier for drivers to see them.

If you’ve been in a collision at an intersection and are contemplating suing for damages, keep in mind that liability is determined based on who had the right of way. If the motorcyclist and motorist arrived at the junction at the same time, the motorist has the right of way, which is another reason why riders need to slow down when approaching junctions.

Helmets contain a smooth tough plastic shell on the outside and soft foam on the inside to cushion the head against falls. In the event of a collision where the motorcyclist gets knocked off the bike, the helmet’s smooth external surface allows the head to skid without jerking the neck, thus minimizing neck fractures and sprains.

The helmet also reduces the brunt of the impact, limiting the occurrence of severe cuts, broken facial bones, and skull fractures.

4. A Motorcycle Accident Can Cause More Damage Beyond What’s Visible

If you’re ever involved in a motorcycle collision, you need to seek medical assistance, even if you only seem to suffer from minor bruises.

While not all instances of a crash may lead to broken bones or noticeable muscle and tissue damage, a crash can cause less subtle injuries, such as a concussion, mild spinal injuries, and even traumatic brain injury. These can only be ruled out by visiting a medical facility for comprehensive tests.

What to Do After a Crash

After seeking medical care, contact an injury lawyer as soon as possible for legal advice on how best to make an insurance claim and how to proceed if you’d like to sue the party at fault for compensation.

Townes & Woods have been the hometown lawyers in North Jefferson County for more than 40 years. Contact us today! 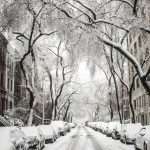